Patch 12.5 was a very long patch and finally, patch 12.6 is here. The meta is about to get a complete shakedown! 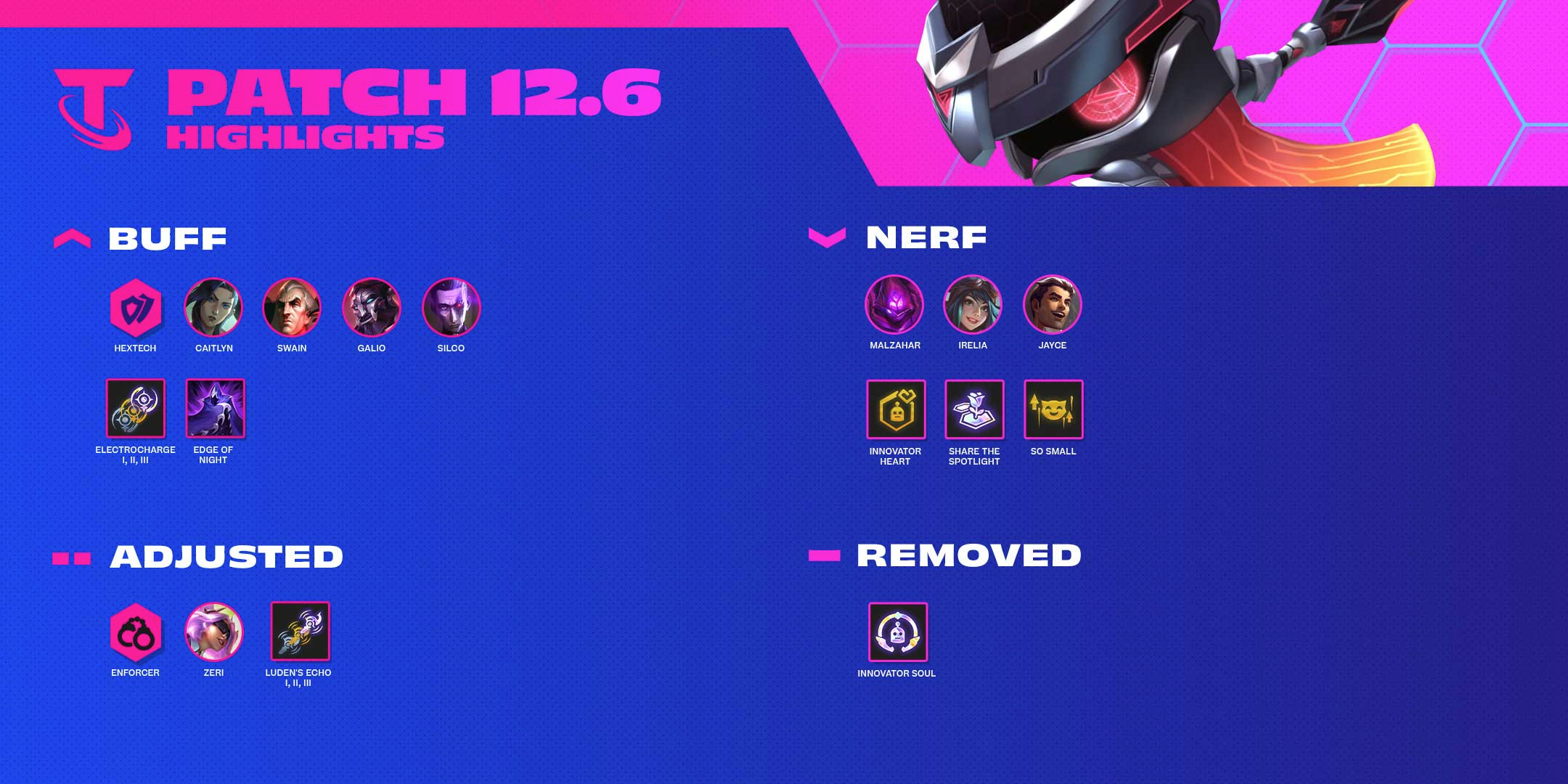 Here are some of the key things to worry about for this patch:

Best comps for this patch

Starting item: Bow. Yeah, I know it’s a lot of bows! Hey, it’s the best starting item as you can build either RB, GS, or Shiv and all of those are good items on Sivir.

Early game: 4 Hextechs is very strong and Lucian is the best carry to use if you can, or you can use Nocturne to carry the items for Sivir. If you play Lucian be sure to use Twinshots. If you play Nocturne, be sure to play at least one Assassin.

Starting item: Mana, AP. You can start either and build Blue, AP items/Gunblade.

Early game: Play Arcanists and Yordles/Debonair if you can. Brand is the best one cost now (if VIP).

For your late game, you just need to go eight and transition to five Syndicate and add Arcanist+Scholar+Enchanter. The same reasoning as the previous comps as all AD have been nerfed.

WHO LET THE DOGS OUT

I don’t think the nerfs are enough. This comp is still op especially taking into consideration that almost everything else gets nerfed as well.

This is the end of our blog post related to Patch 12.6 for TFT. What do you think of the new changes? Share with us your experiences so far. We’re always super excited to hear from our community! Stay tuned for more content and events from us!