EB24 About League of Legends - Patch 12.7 Analysis by Yoshi

Hello, Summoners! Welcome to the Patch 12.7 Rundown! As predicted, Rengar's changes really made him shine. Even though the change didn’t make him that strong, the feeling of reviving people’s new main character gained people the confidence to play more games with Rengar. His percentage pick rate is constantly increasing even if the win rate didn’t change that much. Despite that, we’ve got lots of changes to champions we wouldn’t expect to be noticed, like Kalista and Karthus. They’re forecasting kind of a shuffle in the following meta. Let’s hope it will be worth the effort.

My name is Yoshi, and in this Patch Rundown we shall include:

I still get surprised at how Riot Games wants to buff Gangplank, a champion that is even picked in the competitive play, as well as performing a sufficient performance, and how powerful that pick is in solo queue games. He shall keep on grinding league points as the top tier of top laners.

After Gwen’s most recent nerfs, she was stitching her performance little by little but not being enough to outstand her potential among other top laners in the current meta. Gwen was appearing most recently only in pro play or high elo solo queue games.  This makes Riot certain they want to make her more familiar to people from lower divisions while at the same time taking extra care not to overpower her. We know how she can dominate Pro play!

Jayce in his core potential is a power bully in the laning phase and complete dominant in the mid-game. However, his early game pressure was so strong that it was being noticed by people in pro play.  This made him a frequent pick for them to choose. Riot wants to slightly slow down his early game power but not decrease his core values in the middle stage of the game. I think this is a bad change! There are already many champions, Gangplank perhaps, that have the same way of increasing their impact but they are much stronger than Jayce is.

Being honest, I think it’s a very nice change. Still, Kalista is such a complex champion that when you see her it’s either as a first-timer or a complete champion at playing her. She’s a tough champion to balance because such small details such as move speed and attack speed growth may impact her significantly due to her passive. I can’t deny she might appear more often in the games because of the changes but the core problem remains unchanged.

Karthus was appearing fewer and fewer times in the jungle. He became a standard pick among the smurf queue matches as a replacement to most marksmen on the bottom lane. Riot Games wants to give him a chance to shine in the jungle once again by improving his jungle clearing. I think that’s a very nice chance due to the fact he was falling behind in that specific meta.

Lee Sin properly played is outperforming most of the junglers in the early stage of the game. Riot, comparing his influence in pro play among other junglers, feels like they need to drop a little the fervor Lee has by worsening his jungle clearing.  This includes decreasing the threat he causes in the first few minutes. In my opinion, this might be a completely unnecessary change towards him but the next patch will show whether it was a good choice, or not.

We wouldn’t really pay attention to such little buffs Lillia received, but the fact Riot nerfed most of the healing resources in the previous patch 12.6 might be a game-changer for Lillia when it comes to sustaining. This is not really huge but 8% is something worth noticing while most ad dealers started relying on Death’s Dance. This is a very nice change!

Looks like Riot’s been missing an annoying pokey shapeshifter on the top lane! This doesn’t seem too good for the top laners. Honestly, 40 additional damage on basic attack? That’s quite a lot for an early game! This change might really cause a mess in top lane meta. Beware of the Curious Chameleon!

CRASH LANDING ON YOU Pantheon now crashes down on his destination 0.25 seconds sooner - Adjusted

It’s been a while since Pantheon received so many changes in one patch. Well, these are not that big but they make a huge impact when it comes to small trades in the early game. Pantheon was not a very frequent pick to choose by players, but when they did they wanted to put a very high pressure in roaming and in lane dominance. If they didn’t want to make a direct approach to the enemy, they chose to poke with Q. Now, it’s going to be more difficult due to his Q width. I think it’s more of a nerf than a buff because it doesn’t impact a charged spear. An E change is really interesting, though! Pantheon was very easy to walk around while he had his E used due to his low mobility. If he will not receive any movement speed decrease, it might be harder to get behind his shield. What an interesting change.

Let me get this straight, Rengar’s Q dealt an enormous amount of damage to structures. It took a few seconds for that kitty to take down turrets, inhibitors, or even nexus!!! Personally, I am more surprised that he received that nerf just now and not in the hotfix of 12.6. Anyway, his W got buffed in recompensation, developing his jungle clearing a bit more, which is kind of nice. Did you see the pattern going on in this patch? Constant jungle clearing changes? I think there’s a second bottom in that which we might see the result in the upcoming patches.

A change that doesn’t really change anything. In comparing numbers, it actually might be a slight buff but I think Riot thinks his tank build has gone popular recently, especially on high elo, that made them implement that change. In my opinion, they would have to deny all of his mana scaling in case of enforcing people not to build tank build.

TO THE WINDOWS, THROUGH THE WALLS Wukong can now dash through terrain using W - Warrior Trickster - New

Now that’s a strong adjustment to the Monkey King! That small change creates a completely new field for players to do different plays, which is amazing. Wukong is going back to the meta and we will probably see him as an aggressive jungler that causes pressure in the enemy territory. Beware Summoners!

I wouldn’t really pay that much attention to his ultimate at this point when combining health change with the early start items (usually Doran's Shield/Blade). It makes Yasuo a very healthy opponent in the early stage of the game. A small adjustment but very brightly viewed by Yasuo players.

In comparison to his brother, his ultimate doesn’t have that low cooldown. That’s why that change might be more impactful than the R - Last Breath buff. I think it’s a very strong buff that might influence the later stage of the game, like using ultimate to kill an opponent on the side lane, then preparing another ultimate for the fight that occurs at the objective field like baron or dragon. I think such small detail might make him even more powerful than he already is.

DOUBLE THE SHOCK Critical strikes on Q - Burst Fire grant Zeri an additional R - Lightning Crash stack and an additional instance of E - Spark Surge’s cooldown reduction (at most two procs per cast: one for Q upon hitting a champion and another if it crits on a champion) - Adjusted

Ever since the release, Zeri was the insanely powerful pick. A scaling AD Marksman that is able to kite more efficiently the longer she fights was something that Riot had in mind while creating her. Frankly, that should happen in the mid-late stage of the game. Currently, Zeri is strong even in the very early part of the game, including the laning phase. Riot doesn’t want to nerf her the way she’s unplayable, so they’re adjusting her so she’s paying a little in the beginning but it is being paid off later.

Kind of a forbidden Item that’s very rarely built but I think people would rather build Force of Nature rather than Abyssal Mask, and I think it needs more than just these buffs to make it more beneficial.

Galeforce was one of the core items on most current meta marksmen, combining it with the Ingenious hunter rune.  This became even more popular after ravenous hunter removal, making it a frequent item to abuse. That nerf is definitely needed!

The core reason for that nerf is the frequency of the item being picked. Riot wants the support to build other items that may give more impact to the game instead of just healing, which is the main way of playing the support.

Let’s be honest, that item is a failure in the current patches. We see the item being built very rarely and if it is, it is built by champions like Pyke or Zed/Talon. The problem is with the lethality amount and the main reason for building it. Clearing vision, people are rather into buying control wards or Oracle’s Lens than spending an entire item slot for the active. The cooldown buff might fix that problem but I wouldn’t be so sure about that.

Mana tanks, such as hehe Hello Ryze, were more into building Winter’s Approach rather than other mana items is why Riot nerfed Winter’s Approach. In my opinion, they should focus more on buffing the items that are falling behind compared to that item because it’s not a very popular one.

That nerf actually hurts a lot to champions that rely on their movement speed, such as Twisted Fate or Aurelion. I think people might rely more on sorcery rune combination such as Waterwalking + celerity. The main reason is Time Warp Tonic might be just not enough compared to other runes right now. I think that change was necessary but very painful. 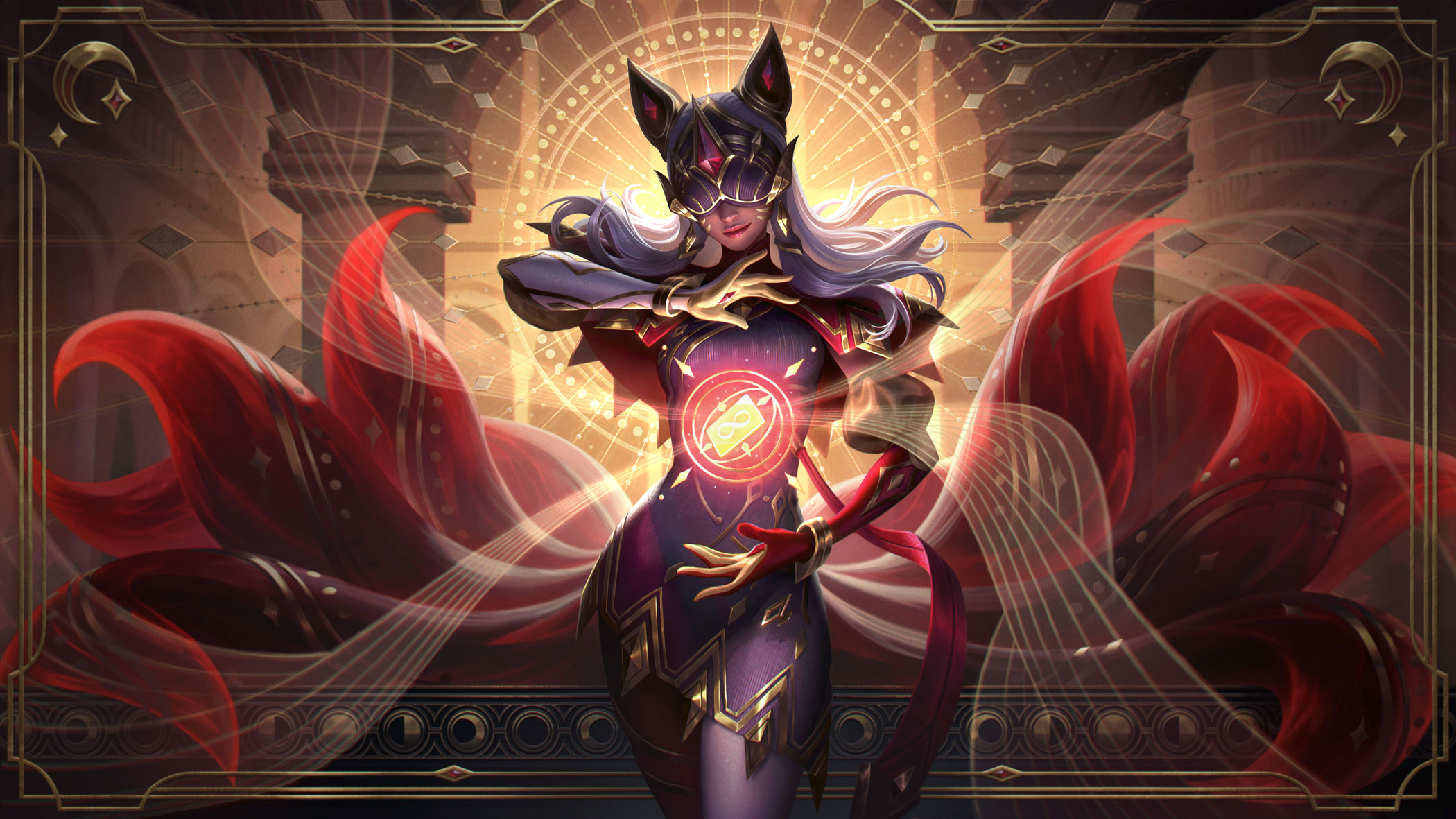 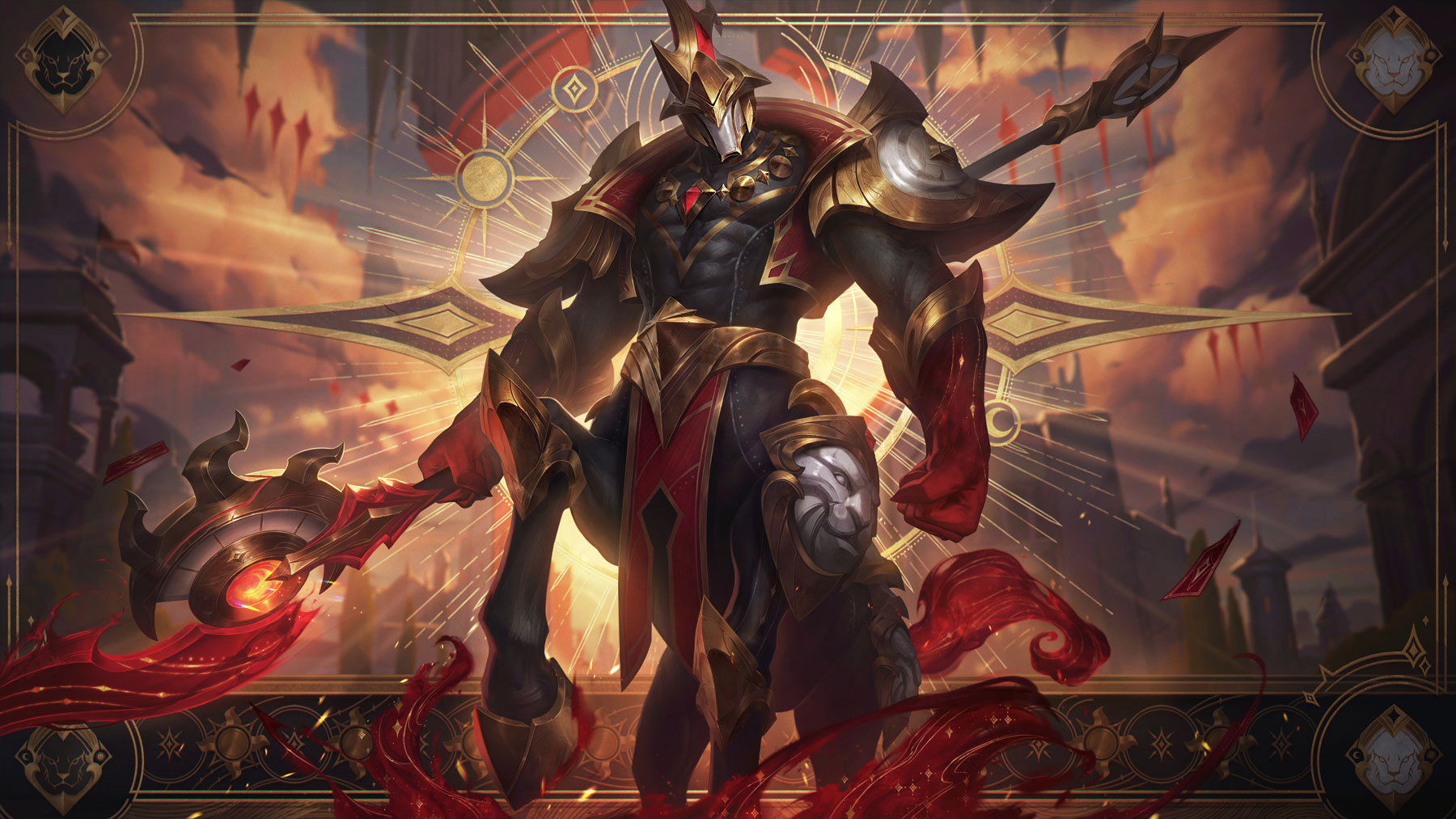 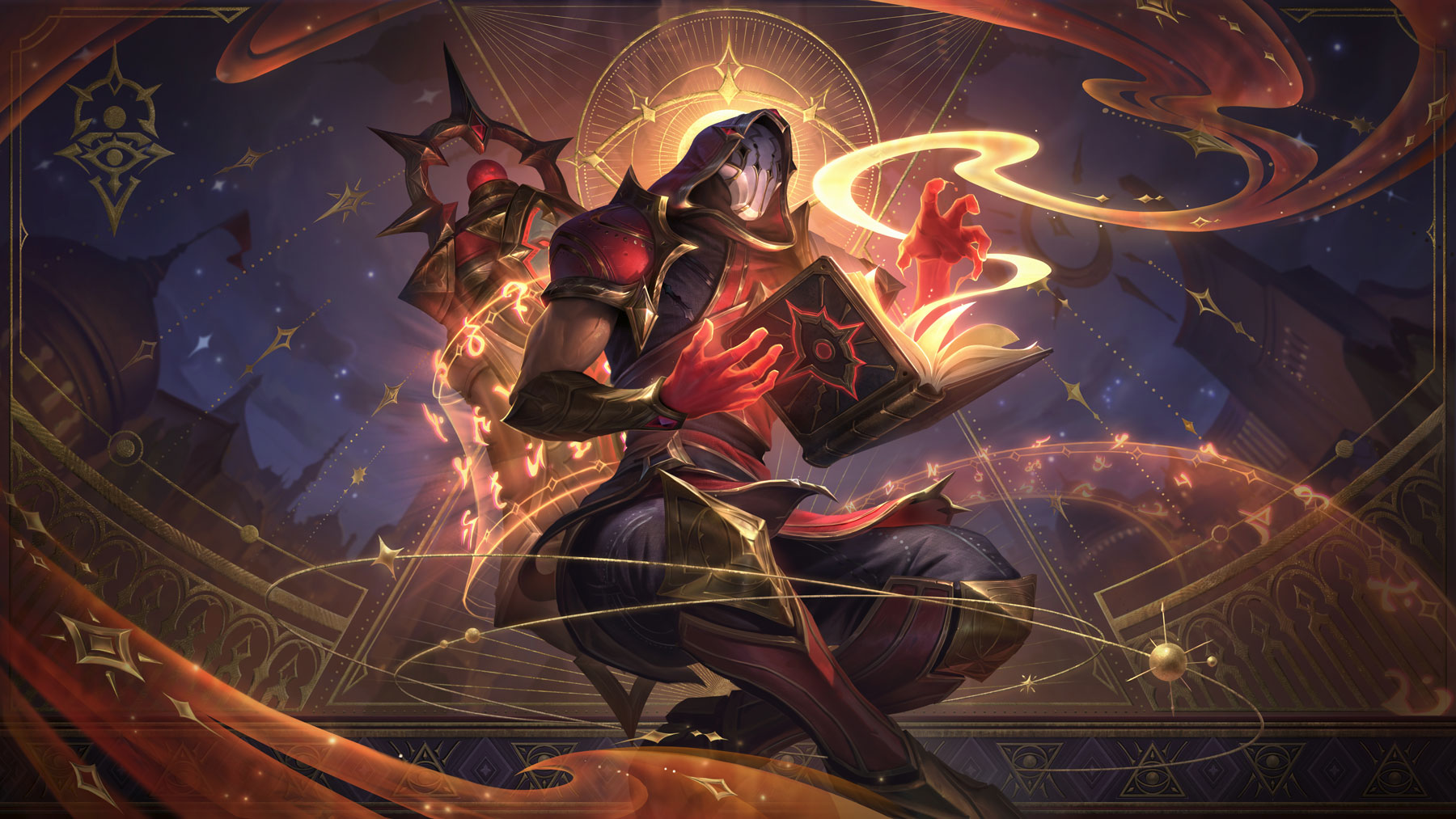 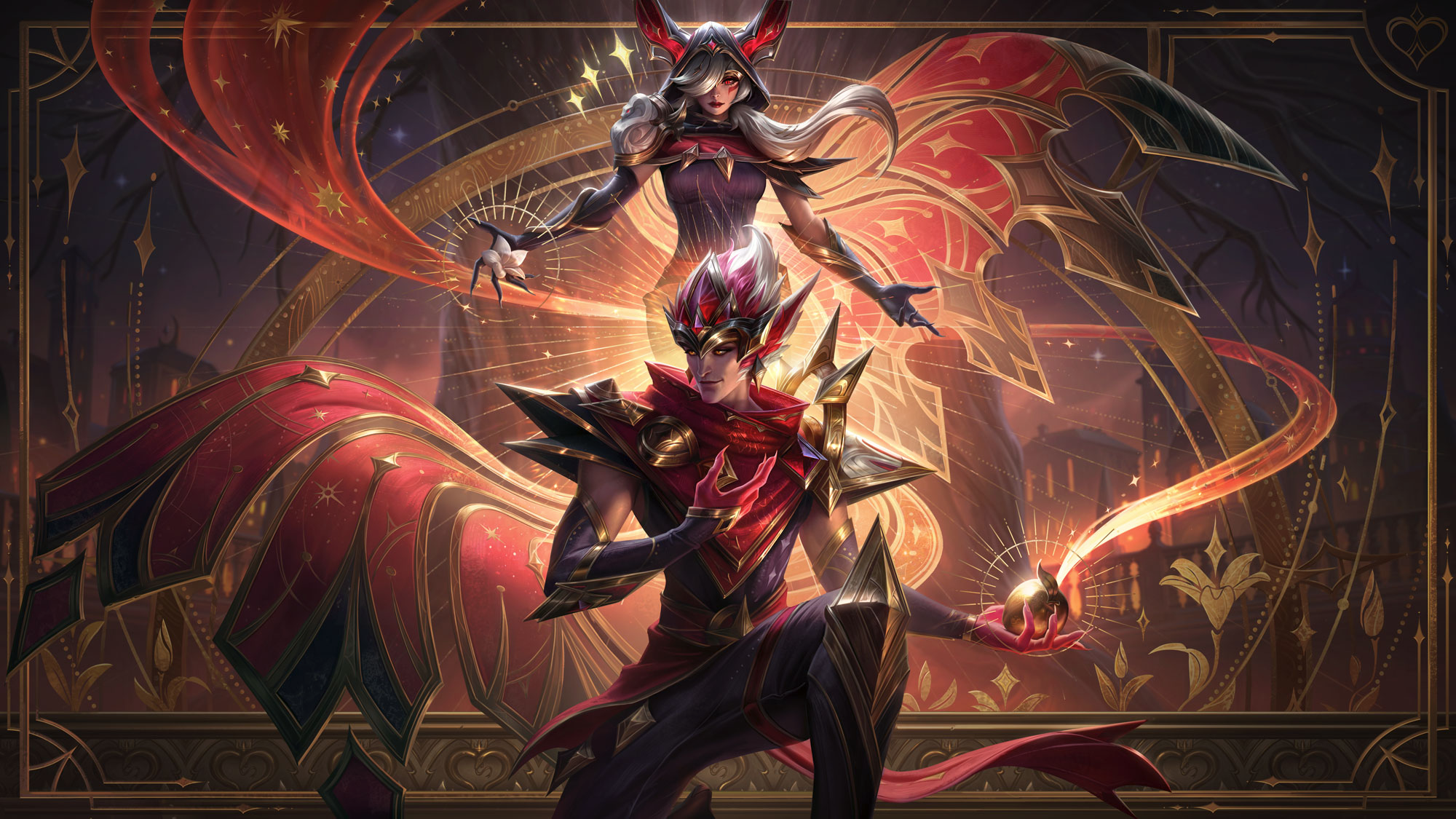 This patch gave lots of changes regarding the jungle. I am amazed how many champions might be revived to the meta right now, namely Neeko, Pantheon, Wukong, and Kalista. It’s so amazing! Despite this, there are some changes I couldn’t really understand, like Gangplank’s buff. What do you think about it? Do you think it’s a good change? You can share your opinion on our EB24 Socials. We are curious about how you feel about the changes, as well as the meta we’re going to face.

That's the end of the 12.7 Patch Rundown! Here was Yoshi! Stay tuned to the recent events and content coming up almost every day. Thank you for taking part in this and we will see you on the next patch!