EB24 About League of Legends - Patch 12.13 Analysis by Yoshi

Hello, Summoners! Welcome to the Patch 12.13 Rundown! We see that Riot doesn’t really seem to give a break with the champion releases and huge changes. We may suspect the game in the following patches is not going to look as we remember it from the end of Season 11. More champions are being released. This time we are approaching Nilah, The Joy Unbound. Moreover, we’re seeing many items being adjusted but is that really a problem for League? We shall see :)

My name’s Yoshi and in this Patch Rundown we shall present:

In short, Riot games is unsatisfied with the way Corki is being played right now. He’s more of a high-ranged, high damage ap building mosquito. When applied to his damage so quickly, it ruins the game. That’s the reason why he receives the nerfs. Riot wants him to be played more of a Marksman than an Ap-caster.

I’m happy about these changes. Even though they are not that impactful to the meta itself, it’s good to know that Elise is not completely forbidden by Riot Games. She’s currently one of the less picked champs in the game.

Same case as Elise. Due to the durability patch, champions that relied on their burst (especially Ap champions) fell behind critically. Nerfs on magic penetration items were a nail in the coffin for them, and it seemed like they were not going to be strong anytime soon. The buffs Evelynn received, combined with her new sustain feature on ultimate, will slightly make her more visible in the game. Out of all of these, W is the most impactful here.

I find it hard to understand why Fiddlesticks receives buffs at this point. Being on top of other assassins required him to slightly adjust his build path to find its place in the meta. I think these changes will make him way stronger. The extension of his fear will put a significant lead upon other champions, especially in mid-game catches.

I think Riot wants to buff Galio from a completely different angle than it used to. The latest buffs on Q made Galio unbelievably strong which made him one of the strongest mid-picks in the meta. The current problem with Galio is the lack of flash W combo. That’s adjusted with a combination of predator rune rather than his damage output. I think that change will not affect him much. Although, it’s nice to see him get buffed in the patch

Ok, I think these changes influence A LOT Gwen, I feel like it’s more of an experimental approach that they put on her. The fact you may recast your ultimate without auto attacking the enemy is huge. I can’t wait to see how it impacts her.

A small touch towards Karthus, nice ones but not as impactful.

Kled is not being seen frequently enough. He’s been replaced on the pro play by Gnar and he seemed to be kind of forbidden. These buffs should help him out to be more influential.

Master Yi has skyrocketed his winrate significantly right now. I think it will require some fixes to declare whether the change is good or not.

If Nilah last hits an enemy minion, she and her nearest allied champion will gain the normal amount of shared experience, plus half of the experience that would have been lost due to sharing. - New

Active: Nilah’s Formless Blade strikes in a line, damaging all enemies hit. Hitting an enemy will briefly increase Nilah’s attack range and attack speed and empower her basic attacks, causing them to splash in a cone and deal additional damage. - New

Passive: Attacks and ability damage against champions ignore some of their armor and heal Nilah for part of the damage dealt. This effect scales with crit chance and converts any excess healing into a shield. - New

Touching an ally champion hides them in the veil as well, but they’ll be protected for a shorter period. - New

Slipstream lets Nilah dash through a target unit, traveling a fixed distance every time and damaging all enemies she passes through. She can store up to 2 charges at once. - New

Nilah unleashes a surge of power, lashes her whip in an area around her and, with a final burst, pulls enemies in toward the center. - New

Apotheosis heals Nilah for part of the damage dealt, converting any excess healing into a shield. This effect scales with crit chance and is granted to nearby allies. - New

Personally, I’m excited about that champion! She doesn’t seem to be so overloaded when it comes to her spell kit. The only concern I have is her W might give a lot of Jax’s flashbacks to it. This might be another toxic mechanic to the game, especially if Nilah has the bigger amount of dashes. I hope she’s fine, though.

The changes are targeted at Top lane Olaf as his laning was such a pain for people without a sustain. I think his base stats changes are really weird to me as his health regen did not stand as a problem for League. I think they’re targeting more healing in general rather than the champion itself.

I find it as a great change due to the fact that Renekton didn’t really build ap in his build. That may be a small change but a really impactful one.

BOUNCE BOOST Ricochets can now bounce back to targets that have already been hit, but only one additional time. Ricochets will prioritize new targets first. - New

THE HUNT CONTINUES If Sivir assists with a recent takedown while her R - On the Hunt buff is active, its aura will now refresh its duration - New

COOL(DOWN) Sivir’s basic attacks during R - On the Hunt now reduce her basic ability cooldowns by 0.5 seconds per attack - New

Okay, that’s a huge change. I think out of all of these changes I’m happy about revoking Sivir’s Lethality Approach. In my opinion, she used to be a hyper carry that is great with the cooperation of most team comps in the game. Making her more of a basic attack reliable champ is a great solution, especially if you can bounce multiple targets that were already hit!

Even though these changes apply to most of her spell kit, I don’t think they will matter significantly. As we proceed with her gameplay, the numbers are just not big enough to impact her win rate.

I’m happy about the buffs because Vex is one of my favorite champions. But, I don’t think these changes will change anything. According to Riot Games, Vex is kind of forbidden. I hope these changes will make her more presentable in the games.

FORGET ME NOT These same changes will apply to the Ornn Masterwork item, Deicide - Nerfed

I think this item requires more. The item itself completely denies the existence of tanks in the game.

This is the first time I find it so difficult to determine whether the change is good for the gameplay or not. I think we’ll need to find that out as time passes.

I find Duskblade’s changes is a huge buff. Since assassins that build it desire it.

The same situation as Duskblade. Here we are more aiming at targeting less squishy targets which require more time to deal with.

Exactly the same situation as Duskblade.

It’s difficult to assume what Riot personally treats as “player’s expectations.” I wonder if your opinion regarding the Bounty system fulfills your expectations regarding the bonuses you may receive. I think this is a bad change that will create another undesirable adjustment to our gameplay.

NOW YOU SEE ME All jungle monsters and wards will now be visible instantly, even upon dashing or blinking into visible range - New

This is a very nice change that’s been missing for many seasons. Now we’re able to output the surprise measurement when entering into areas that were not warded before. 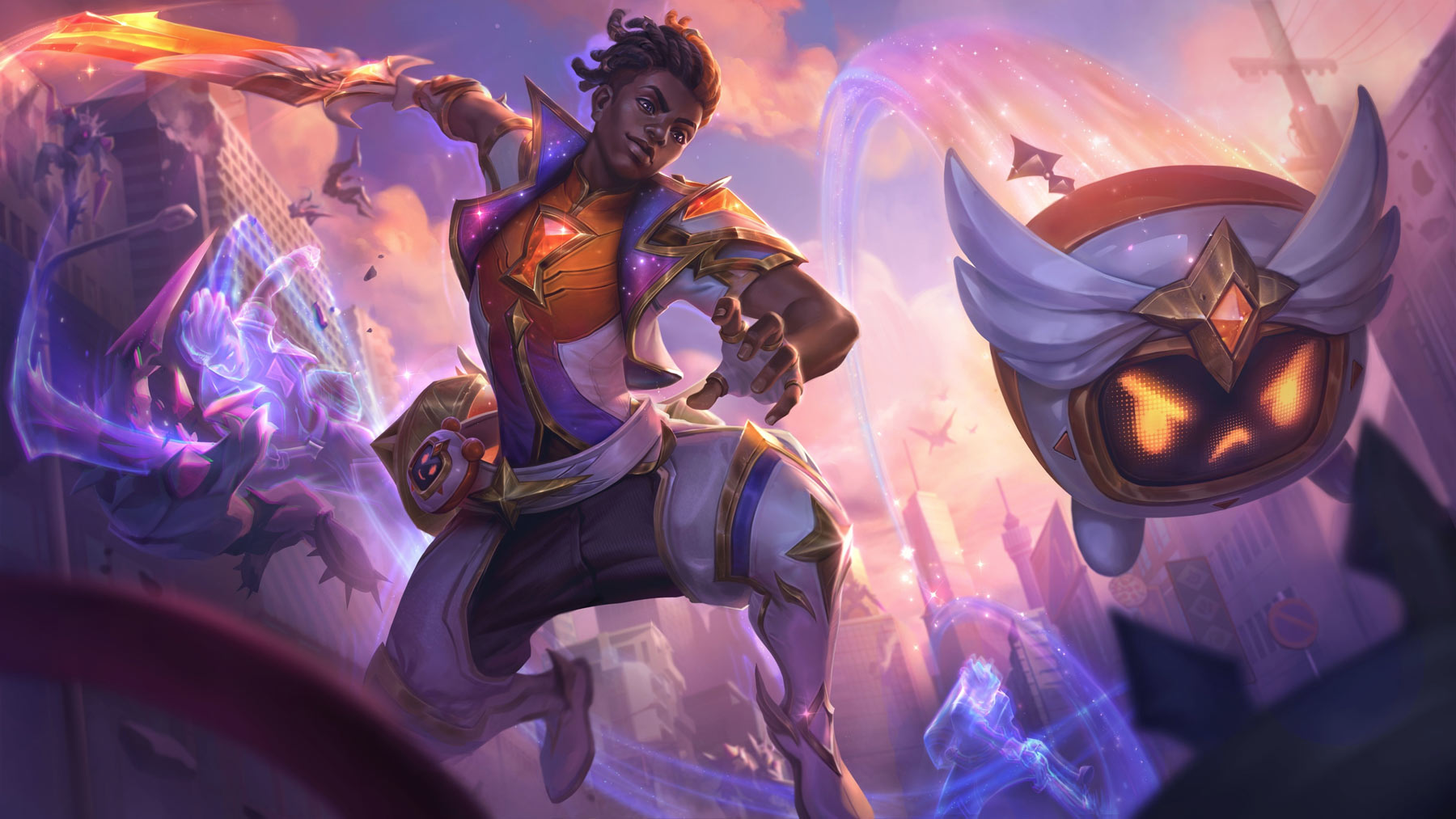 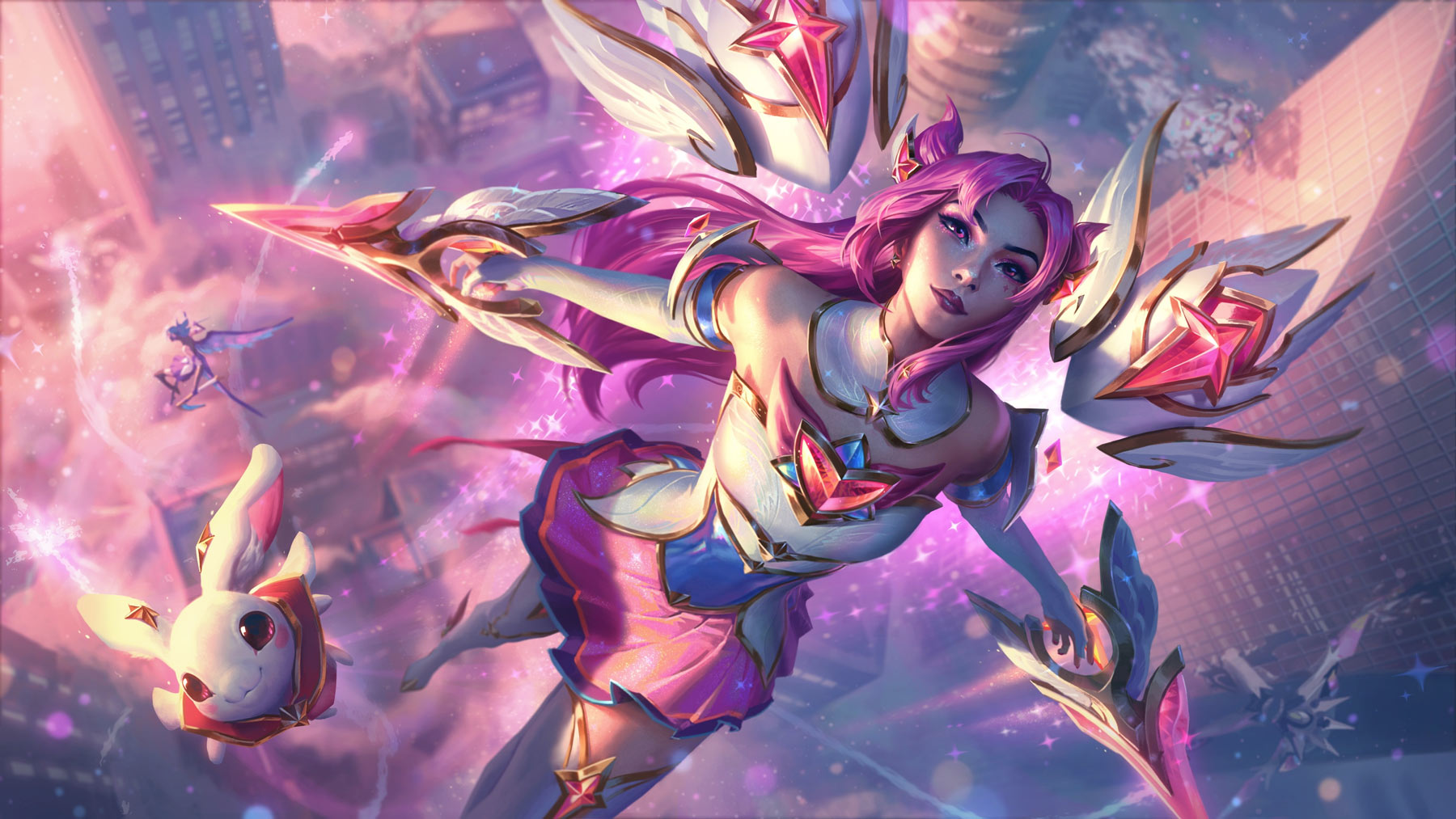 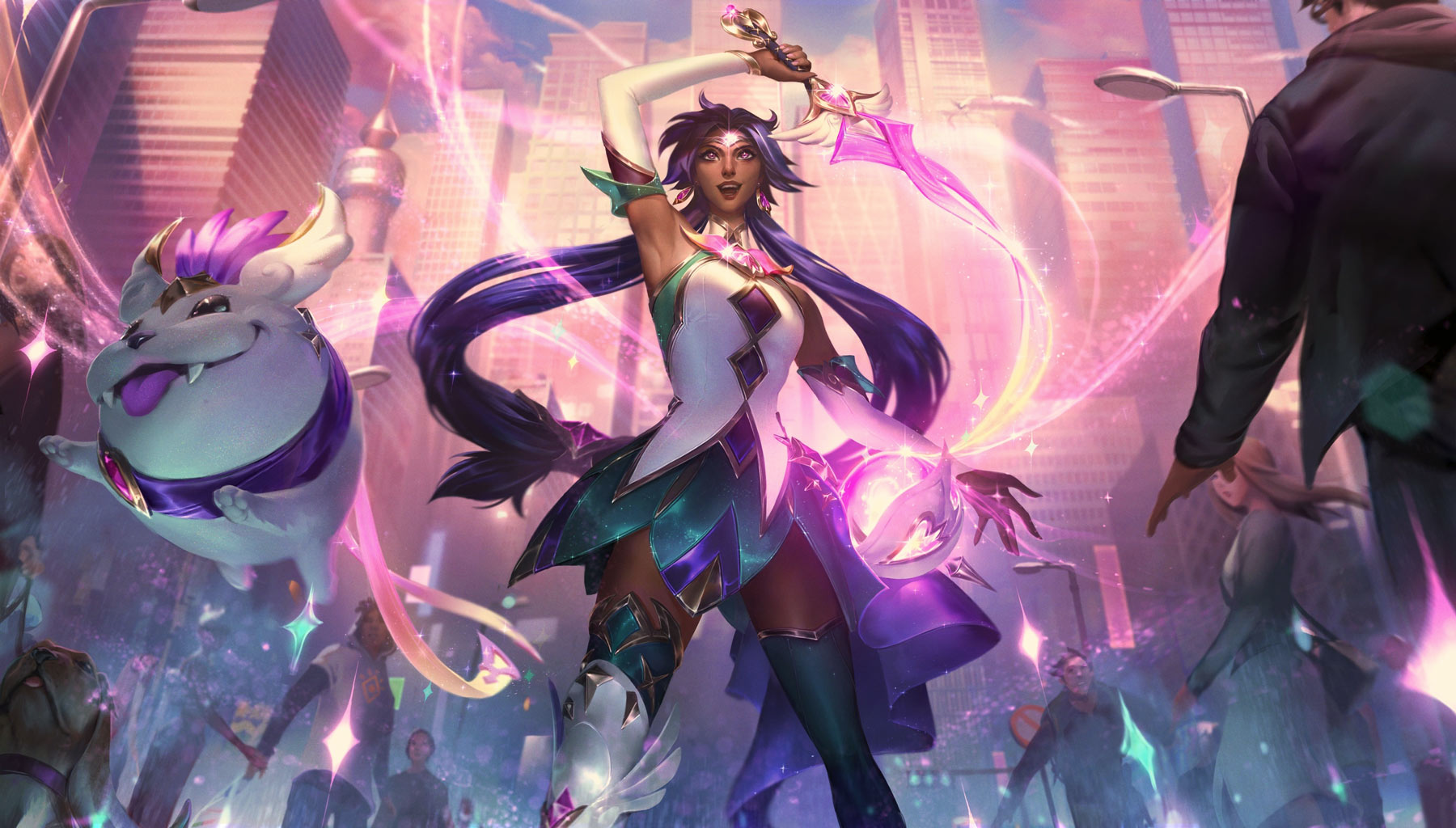 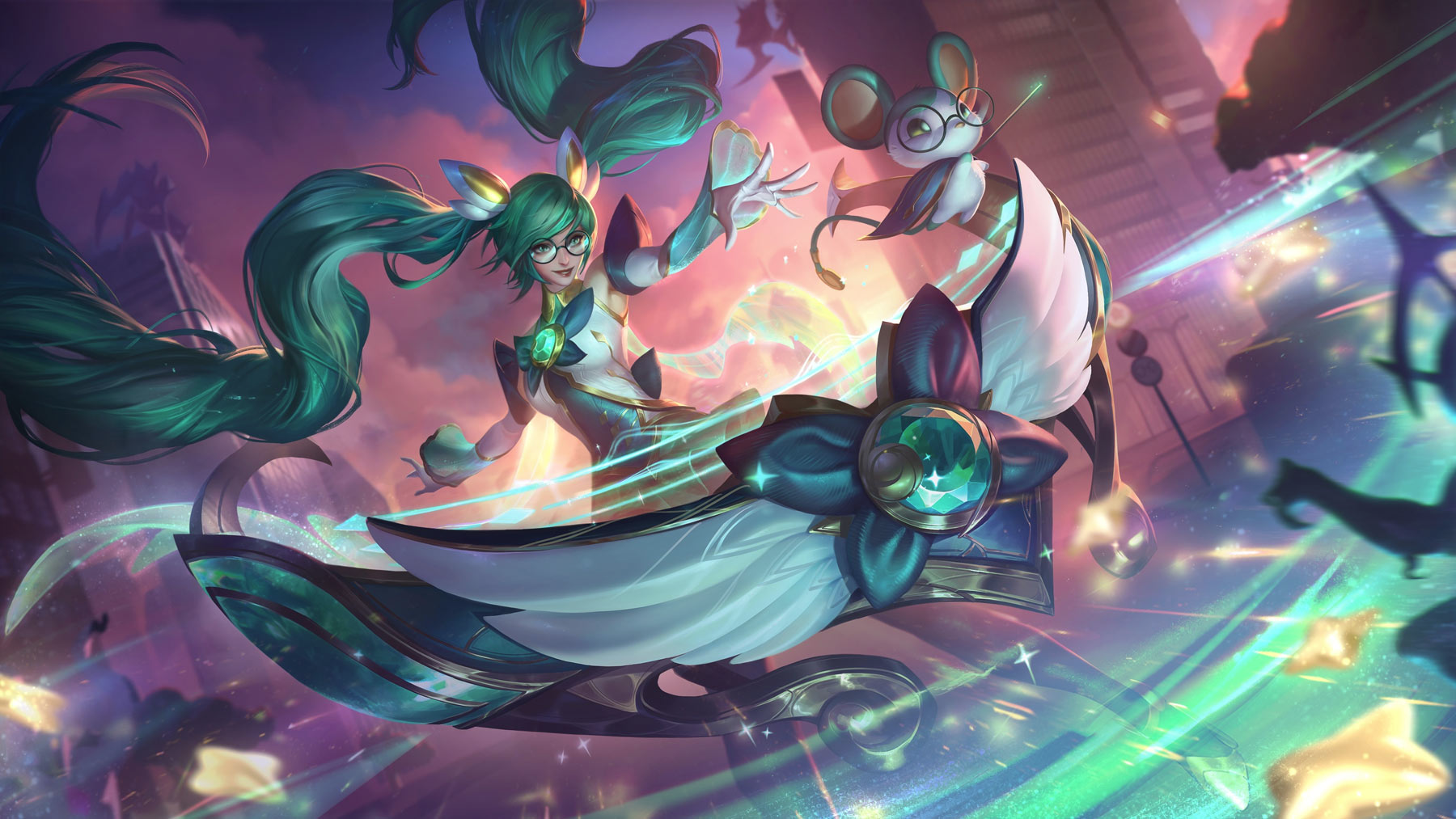 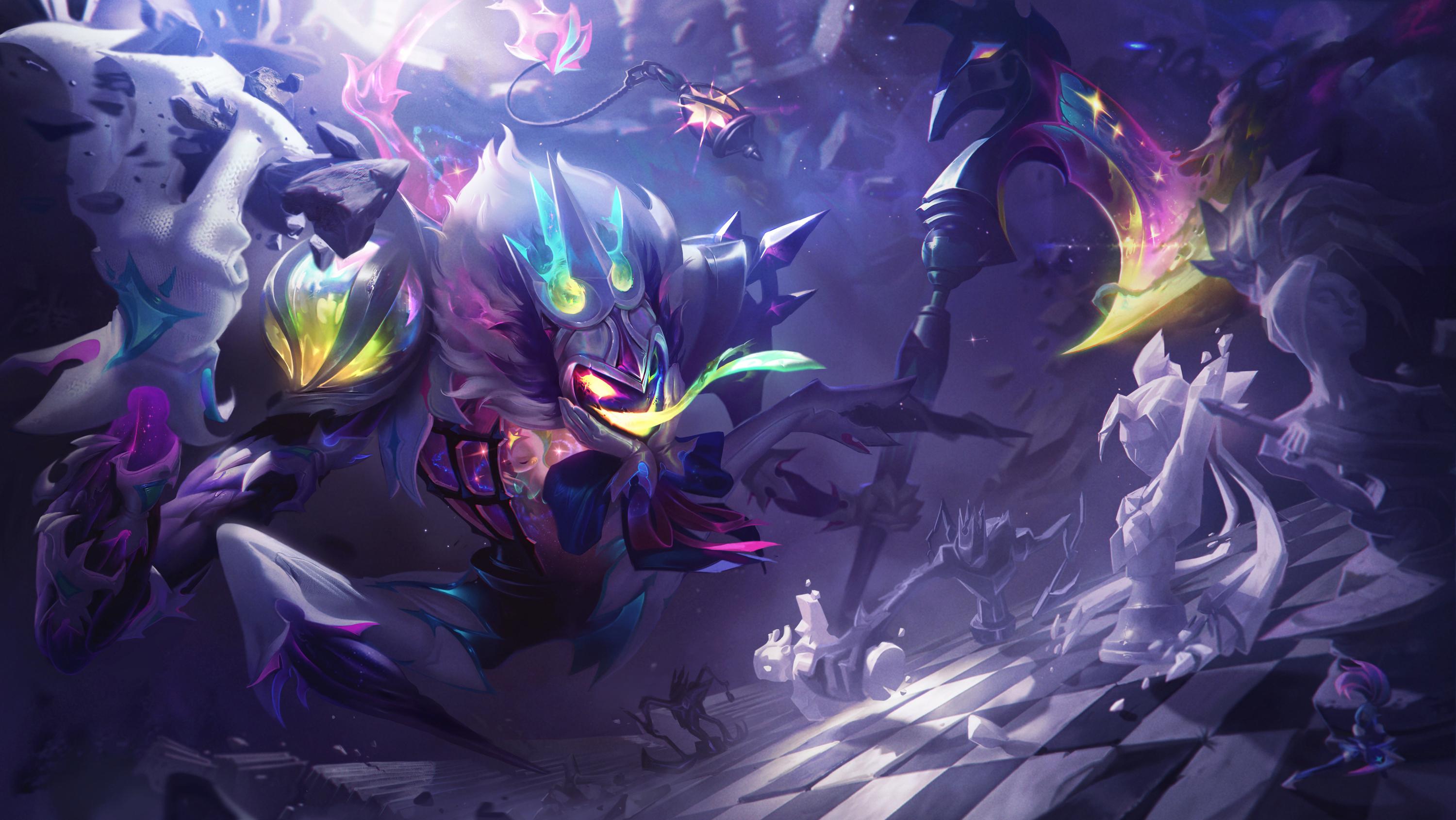 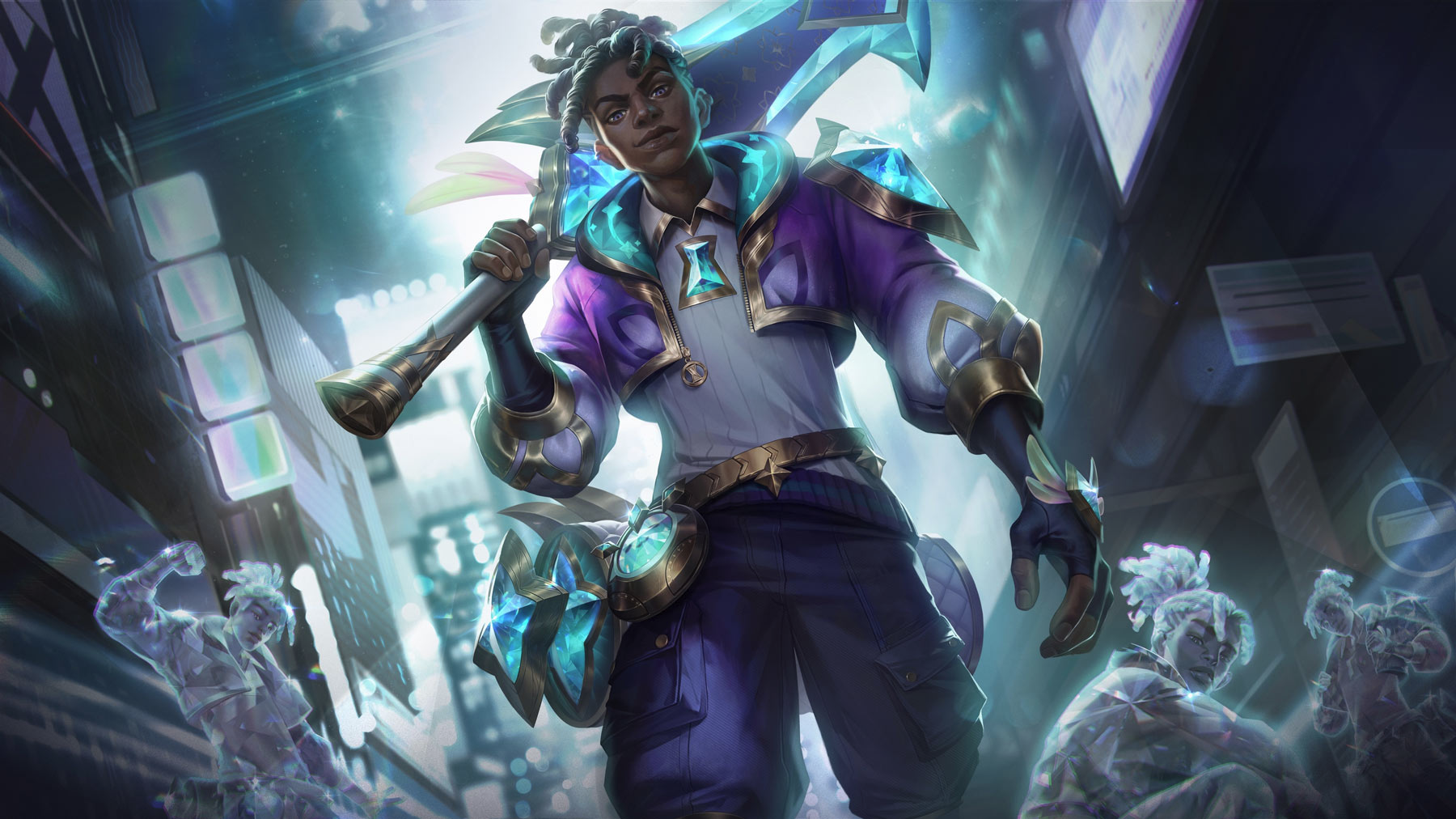 Summoners, the current changes are really strict to some champions. There are many reworks, changes, and releases along the way that are not making it easy to adapt to an evolving game.

I hope we’re not going to be messed up in the patch because of so many changes that are being applied to champions. This is making it become more specific in gameplay that forces you to play around. I will admit I’m happy about the changes of specific ap assassins that may shine up in the current patch, though.

Moreover, prepare yourself for the upcoming event of Star Guardians! More skins and probably a game mode that will bring us how important it is to cooperate with each other. Are you feeling excited about it? Would you change anything in the patch specifically or completely dislike it?

You can share your opinion with us on our EB24 Socials!

Here was Yoshi, stay tuned to the recent events and content coming up almost every day! Thank you for taking part in this and… See you on the next patch! :)