The new patch 12.1 is live, and it brings many changes to the meta! I’m AceofSpades and I’ll show you the biggest takeaways from this patch along with the best comp you can go for this patch!

Socialite Kai'Sa nerfed but still playable, at least high A tier even after multiple nerfs!

Talon reroll is doing great even in Challenger, after receiving an attack speed buff. 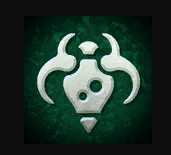 Chemtech is still strong but now a step behind Jhin comps, Urgot is very weak against Sion. 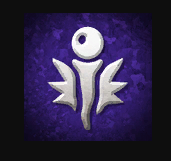 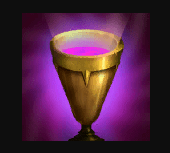 With chalice buffed to 35 AP, one of the most interesting comps to play is the Orianna + Seraphine tag team.

This comp is based around abusing two things; Sion and ice cream cones. Sion will provide an infinite frontline while the cones will boost both Seraphine and Orianna. You'll get two carry builds for the price of one!  It doesn't get any juicier than that!

WHAT YOU NEED TO KNOW:

2. Don't start bow, pick your early game item based on the comps you like to run.

3. If you don't find Sion, you can play two more Bodyguards

4. Bodyguard emblem Sion is very good; you can take our Braum for Taric or another carry unit that will benefit from Chalice like Kai’Sa/Victor.

5. Good comp to force, and easy to play.

6. Don't be afraid to slam stuff like a Shiv, Blue, Shojin to win the early game! Orianna claps late.

7. If you can't find Seraphine, you can run Jhin and ad items.

8. You can pivot Socialite Kai’Sa if you can't find Seraphine and Orianna.

+1 Scholar is ok, but instead of running Yuumi, you can run Taric or another carry/ CC unit.

+1 Bodyguard is ok, gives u 3 gold and a strong unit, you end up not playing Blitz or Braum.

Econ traits like trade sector and rich get richer are great.

+1 Prot allows you to not play Blitz, not great though.

The item grabs, always good since u can use everything.

+1 Socialite is great if it's in the bottom row.

Usually, I don't put Chalice on her. I build mana and AP items on her because even though Orianna is the better carry, you want Seraphine to be on the outside so she can provide the buff to ORI.

Chalices go on her because Seraphine needs to be catapulting towards Orianna, not away from her.

You stop rolling when your 2 and 3 costs are all upgraded. I don't expect 4 costs upgraded, but I want them 1 star.

1. Seraphine, Lissandra/Heimerdinger, Ori, Braum, Blitz, Sion, Janna, Leona (play as many upgrades as you can). The goal is to get a couple of 4 cost 1 star and 3 cost upgraded to stabilize.

Seraphine, Yuumi, Janna, Orianna, Sion, Blitz, Braum.  (5 costs 2 stars can be really good, so buy Kench, Kai’Sa, Victor on the fly and see if u get a random 2*.

And that is all for this TFT patch analysis, we hope you enjoyed it! Stay tuned to our social media below for more educational content and events.